After sucking half of our bank account dry in those two weeks of intense traveling, it is time to calm down for a bit. As planned, we would spend the next week working in a farm in Fukui prefecture, about two hours north of Kyoto, close to the northern Japanese coast. We found this place online through the wwoofing community, which entails working for someone (usually organic farmers) in exchange for accommodation and food, but also for the experience itself.

Our host for the week was Souichiro and his family, and our work mates a girl from Hong Kong as well as a British woman and a Swedish man. During the week, our tasks ranged from sorting out the good and bad soybeans to weeding the garden, chopping wood and preparing the soil for sowing the rice. It was fun and it felt great to spend time outside using our hands, but it was also hard and repetitive, including a lot of back pain, showing us the harshness of farmer’s lives. 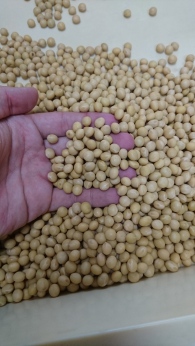 Souichiro and his family were very welcoming and their house and garden were really stunning. We experienced the real Japanese lifestyle, sleeping on hard futons with no central heating (nights were still very cold) and eating rice three times a day sitting on the ground at a big table with the whole family (and it was delicious). The obaasan (grandma) was very sweet, bringing us some snacks while we were working and thanking us for our work every 5 minutes with deep bows. Momoka, the youngest kid (the 5th!) got really attached to Rebekka and was sad to see her leave. 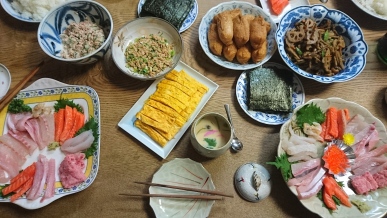 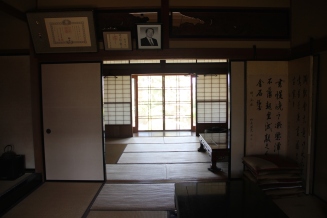 Sleeping on the hard tatami didn’t really help against the backpain, but the thick blankets kept us warm at least 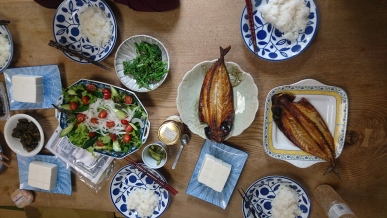 One afternoon, Souichiro brought us to the stunning monastery Eihei-ji in the middle of the forest and gave us a tour of the premises. It had a very special, almost mystical atmosphere. 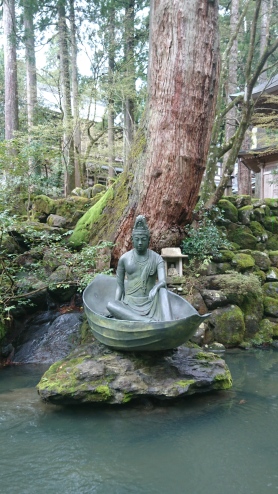 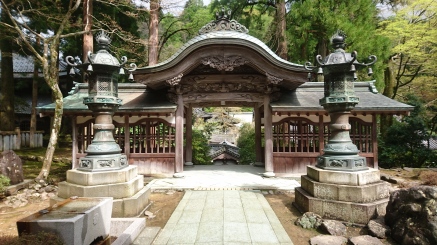 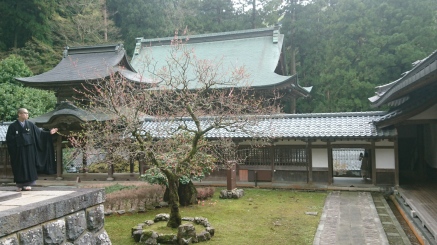 All in all it was a very nice experience. Rebekka couldn’t look at a soybean anymore and Quentin managed to block his back while chopping wood, but it was a good break in-between touristing through Japan. Souichiro also told us a bit about the farmer’s situation in Japan: only 1% of farmers grow rice organically. He sells his organic rice directly to the consumer for about 600 yen a kg (6USD), while normal rice can be found for about 400-500y per kg in markets. He has 3 hectars of land, two of which are used for rice, and he gets about 10% of his revenues from government subsidies. He started farming when he was 22 and was then the youngest farmer in the region. More than 20 years later, he still remains the youngest farmer… Meaning there hasn’t been a single new farmer in the region in the past 20 years. Moreover, farmers in Japan are on average 60-65 years old. That gives you an idea of the gloomy future of Japanese agriculture…

Christmas Jumper Day! Raising funds for #savethechildren , first action of our #fragomenvolunteers in Zurich.
A kid's dream coming true: learning how to weld, cut, bend, grind metal, and even using a plasma cutter 😁👨‍🏭 #dynamozürich #metallwerkzh
We were walking around looking for food when suddenly this emerged from the clouds! 😳 Not bad, Peru! #lostinthefog #machupicchu #peru
Can't believe what nature is capable of. 🌈 Rainbow Mountain, 5100m, 3h drive + 2h walk away from Cuzco. #rainbowmountain #montañade7colores #peru
Laguna Parón, in Peru's Cordillera Blanca. 4200 meters high, you can feel the lack of oxygen already! #icantbreathe #lagunaparon #peru #lostindigestion
This time it's cocoa! Learnt a lot about how chocolate is produced here, including that white cocoa actually exists! #cocoa #chocolate #colombia #lostindigestion
%d bloggers like this: